“Asking him to recognize the error of his ways is like asking the Blue Pixie Faery with no magik to understand that she doesn’t have or use any in the first place. But, is only dressed up in costume like one.”


Someone said this to me regarding my frustration with my Twin Flame. He was doing a lot with me in other densities, including marrying me twice, but in 3D he was ‘oblivious.’


I was exasperated, frustrated, and angry with him for still being so asleep in 3D.


“He has lived his life as the Blue Pixie faery never having any magik. But, because his friends act like he has magik, he thinks he actually does have magik.”


I was very angry now at how he could be so willfully blind to the truth…it was killing him…why couldn’t he see that….


ESCAPING THE ICC (?) PRISON WITH MY TWIN FLAME 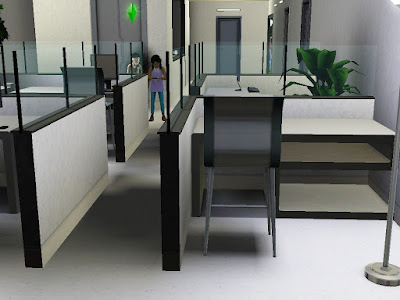 I was with a young boy. We were both around 8 to 10 years old and in some kind of high security place. Military vibe, it felt owned by my Grandpa, Jake.  It was a futuristic place, possibly for Marines or the Navy.
I thought maybe ICC (Interplanetary Corporate Conglomerates) as it felt like a business-prison and I didn’t know for certain what planet or moon we were even on.
The boy and I were now making our escape.  He felt like he was my brother, though I knew he was my Twin Flame (TF) Gorik.  We were in the high security prison area. The prisoners in this section were willing prisoners and they wore white collar shirts to denote this. They were brainwashed into think they were free.  Most wore ankle bracelet tags and/or were chipped like dogs for tracking.
We were outside in the extremely low level section of the prison during outside time, yet no one was there, we decided to make a break for it.  The prison was full of workers and slaves. But, they were all busy working somewhere inside or at other locations. We walked quickly back inside.
Gorik and I ran down small and low ceiling halls to make our escape.
Two or three different guard-like men were constantly coming after us, saying “Get em!” We ran through two different types of halls and lower level slave work room areas. Still, we saw no one other than the guards behind us and only when they’d get a little too close to us. Sometimes, we’d hide in a nook or cranny, or we’d duck and hide in rooms momentarily to let them run by us. We'd also hide behind a pristine trash can or two. They were as tall or taller than us, white, rectangular, and futuristic looking. Most everything was white and very light grey colors and lacquer-like. Shiny lacquer-like floors, lacquer walls, and lacquer ceilings with matching lacquer-like texture everywhere.
Finally, we ran by a couple of white collar ‘obvious’ slaves. But, they were so focused on their slave work that they barely even noticed us running by.
We ran through many different lower level prison slave sections.  All the halls were fairly narrow and small, like if we were on a submarine ship.  The medium to higher level slave sections were similar. The higher up the slave status, the less people there were in that section. It was the way of being rewarded for being a good slave, you got to have a little more space and nicer places to eat at.
Each section was equipped with a fresh set of two or three guards that would then pick up the chase as the ones from the proceeding section would drop off to remain in their designate zones per their station contracts. We then became the problem of the next section guards.
We continued to run and evaded many guards from many sections and were now in the main controller’s work areas. There were few people who worked here. This section was mostly all Grandpa Jake’s place.  It was fairly large, like a whole floor all to himself with a few other hand selected controllers.  We were in the very-rich-man-section.  Yet, there were still no windows anywhere. Just more of that shiny lacquer white seeming walls and small halls.  It reminded me of navigating a labyrinth or the Wooze Maze.
We were very close to being outside the walls now. This was the only location that had access to the ‘outside,’ the real world.  Everything in the work-slave sections that was ‘outside,’ was still inside and only made to look and feel like being ‘outside,’ so the white-collar-work-slaves would actually think they were in the real world and not a prison.
We were now cautiously walking. It was very quiet and we were also being quiet as we walked along a ¾ tall wall. I spotted a female high-level prison guard on the other side of the three-quarter wall that turned out to be a kitchen server’s meal bar-top where she’d place the completed meals for pickup, largely for Grandpa Jake.  There was a distinct 50’s white diner style vibe to it and the guard lady wore a matching white 50’s diner style dress, reminding me of an In-N-Out-Burger employee with the matching hat. Her uniform was slightly different with navy blue stitch-work and a nametag that read “Carrie.” 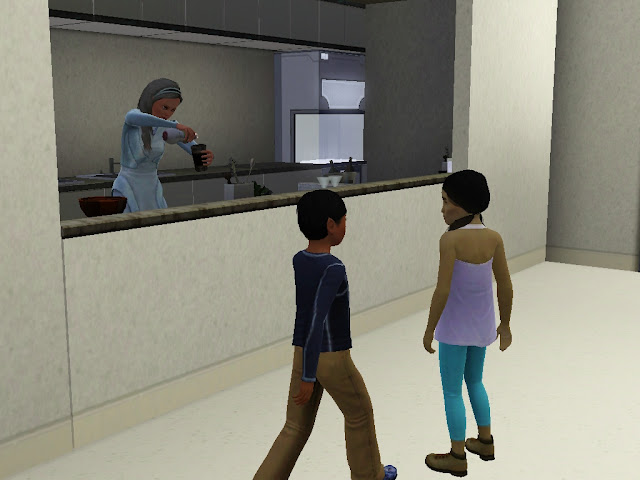 I quickly ducked and instructed Gorik to do the same. He then took off running again and I was close on his heels.   But, the chef-lady-guard spotted us.  She ran after us and radioed for two ‘hover’ robots to come after us. The ‘hover’ robots were still humanoid shaped and had legs and appeared to be running after us, like an ordinary human. I realized, maybe all the guards at every section were robots as well, appearing to be human.
“Robots” indicate genetically engineered and programmed humanoid clones. Some clones may even come from other worlds that reside possibly in parallel to ours . . . another dream . . .
I finally spotted an open area that lead to the actual outside via a small terrace.  We ran out onto the upper level terrace that had only a three foot drop to the ground. We climbed down and ran toward the boulder rock slabs.  They jutted upwards at an angle that we could climb-run up, so we did.
At the top of the small boulder slabs hill, was an open window sill that looked to be part of a backstage frame set up. One of the two top large boulder rocks was wiggly and I could move it with my hands. I used my hands to hold it over to the open window sill and nearer our boulder rock for us to climb across and into the window sill.  My muscles were so tired, exhausted, and fatigued; I thought they might give out any second.  Gorik was even more exhausted and tired than me. 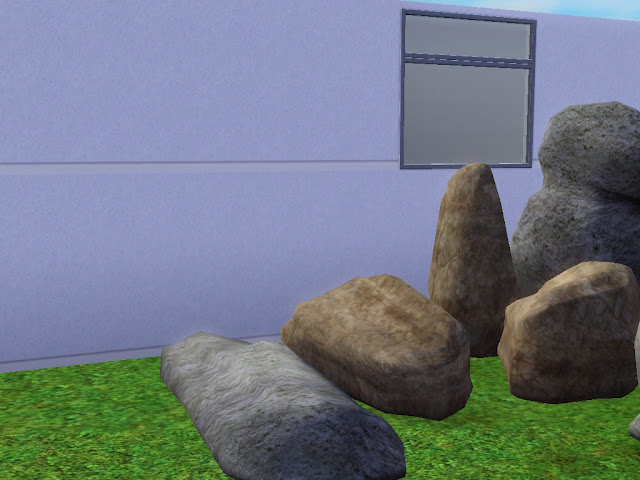