2018_01_05_JAN Living Giant and Game Changers
PART 1
I found myself exiting a very large and modern future tech building.  It vibed of being like Intel and was large like a mall.  I quickly exited the building with my Mom, Dad, and Daughter.  We were walking at a very brisk pace, hoping to not get detained.  I looked back to see if we were being followed and then up at/to the flat modern-esk rooftop as well.  Everything looked clear.  It reminded me of the Sims 3 Into the Future pack.  We had to leave because we were seeing how this future timeline’s destination had gotten off course.  The world was very Interplanetary Corporate Conglomerate style (ICC) and even as if Hillary or Obama had won and were still in a position of power and control even all these many years later.  This was a future negative timeline, we needed to change it . . . and now . . .

NOTE – I recommend reading full articles to ensure understanding of context. Thank you. -
“The syndicate groups could not easily leave the Earth for refuge on off-planet locations due to a recent lockdown on airspace on and around Earth by what Goode describes as the “lower level SSP” comprising the National Reconnaissance Office (NRO), USAF Space Command, etc. The latter had deployed technology establishing an “Earth Defense Grid” coordinated from an “air (and space) traffic control” established on the Moon (Lunar Operations Command – LOC).
He said the LOC is currently controlled by the Interplanetary Corporate Conglomerate which is coordinating with the lower level SSP’s. The latter was instructed not to clear SSP Alliance flights into Earth’s air space.”
Salla, Michael. “Secret Space Program Battle over Antarctic Skies During Global Elite Exodus.” Exopolitics.org. 16 Jun. 2016. Web. 10 Jan. 2018
<http://exopolitics.org/tag/interplanetary-corporate-conglomerate/> 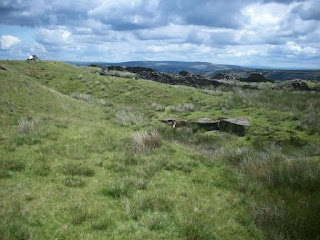 very tall Men-In-Black-style men caught up with us, detaining us.  One stopped both my parents by grabbing my mother.  He towered over them appearing at least 7-foot-tall, lean and wearing a charcoal grey suit.  The other MIB wearing a black suit came over and took up standing residence next to me.  I could feel his eyes directly upon me even through his almost pitch black square sunglasses.  He was equally as tall and lean as his partner in the charcoal grey suit who diverged slightly further by wearing vision spectacles.  I didn’t fully know if we should trust these guys.  They felt like double agent infiltrators for the good side, but I was suspicious because they appeared to be working for the ICC and they felt slightly blurred on their team lines. 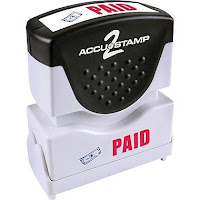 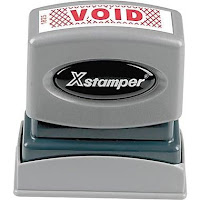 The charcoal grey suit MIB now pulled out a small black light responsive white-color-clear-ink stamper for paper orders, that read “VOID.”  He held my mother’s wrist and hand in place as he stamped the word across her right hand just above her knuckles with the letters running the full length of her knuckles and the word upside down to her view.  He then pulled out a second same sized stamper that read “PAID” and he stamped that just above the VOID stamp and nearer to her wrist.  He then empathed to us he was ‘on our side’ as he pulled out a third stamper.  My mom didn’t trust them and she telepathed to me to hold our ground because if we tried to bolt it would arouse too much suspicion.  We were notable business members of this society with slightly more freedoms and thereby had special access privileges to be in this field.  This stamping seemed ‘standard’ procedure.  The MIB man in charcoal grey proceeded to stamp Mom with the third same size and shape stamper.  He placed it just above the PAID stamp and on her wrist.  It was also ultraviolet frequency light responsive, but it was a solid-purple-color-fluorescent-black-light-ink and shaped as a solid color rectangular bar.  None of these stamps were visible in the broad daylight of the grassy field we now stood in aside from a few faint wet ink gloss marks.  He now began stamping my dad in the same way.  Mom telepathed we’d figure out something later, it felt we were escaping Auschwitz and the most important things were to get out of there physically first.  The first two stamps were likened to when leaving Disneyland and you get your hand stamped so you can return with it already being known you paid. 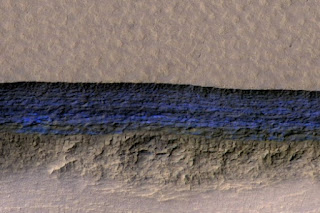 The charcoal grey suit MIB finished stamping my dad and the black suit MIB made his move on me and firmly grabbed me holding me close to his stomach chest area, which is where my head height came to on him and he stamped me in the same way his partner had just finished stamping my parents.  The MIB holding me then empathed to us “it's gonna be ok” and that they had to do that to track us.  These stamps had microscopic nanites in them that were now entering our systems.  The third stamper seemed like some type of seal for access to where we were going next.  It occurred to me, they may have been stamping us with tracking for the good guys and giving the illusion of using the bad guy’s tracking stampers of VOID and PAID so they could safely do it.  They both now seemed to discreetly ‘wink’ at us from under their glasses.
Mom still didn’t trust them.  But, that was to be expected, as it seemed I was the only one that knew they were double agents because of my dreams.  However, because I had dream memories of them acting in two different capacities I didn’t for sure know which way they were choosing now.  I wasn’t afraid of them, so that was my biggest clue their intentions were likely for the good of all and fixing the screwed-up timelines.  Satisfied with the completion of their stamping, they walked off and away from us.  They pulled out their walkie-talkies and radioed in that they’d stamped us.  I wasn’t sure what side they were radioing.  I could readily overhear them as they walked away from us talking over their walkie-talkies.  It sounded like a space station transmission with contact words and then static between them, “Houston” Bzzzshhht . . .. “Houston” bzzzzshhht “Do you read me?” Bzzzzshhht. . .

Reminding me of this YouTube video shared by a friend in W3DL in connection with their dream just prior and connecting to this YT posting:
Secureteam10. (Jan 3, 2018). SECRET Satellite to Speak With Unknown Group. Retrieved from https://youtu.be/ciaSosapI5Q

Both MIB now stood approximately 20 feet away from us, they stopped and then turned around to watch us.  They were observing us visually to see where we were going and what we were going to do next.
That’s when I realized we’d been tagged and were likely being tracked with some kind of advanced nanite technology.  I reached my consciousness inside of myself to energy check the nanites.  They felt friendly and like I could communicate with them and instruct them as needed.  I quickly focused my consciousness and set them to task to make me “not” remember things, in order to ensure my safety.  I set them like a time portal access that would activate my memories again when we crossed a certain threshold point or spot in time.  Once we reached those points they were to “unplug” and give me re-access to all my memories.  I realized it would be too dangerous to have full recall during this process because we’d be trackable.

I looked more fully now across the expanse of the field and noticed we were approaching a group of 7 round silver basin fountains to our left.  Each set on an individual single solid silver metal post at varying heights and clustered together in a sort of crude row.  It struck me as random seeing these fountains here.  Until I thought of the Antarctic’s Mount Vinson dream with the triangle craft and the locking 7 doors dream with the Nazca Being connection.

I watched my mother step up to a fountain and press the button.  Water shot out at a normal volume and she immediately placed her stamped hand under the water flow to try to wash off the stamps.  Dad and my daughter stood to the side watching.  I finally broke the silence, “Yeah, guess I should do that too.”  I really didn’t expect it to actually do anything other make the stamp ink markings even more invisible considering they weren’t made of just ink.  But, I had decided, ‘if mom thinks we should do that maybe there is something more to it and I’ll try to wash mine off too.’  Mom finished and I stepped up to the fountain that set immediately next to the left of the one she had used and just slightly lower.  I mumble-muttered, “Prob’ not gonna work anyway considering the nanite tech, but what they hay…” Mom acknowledged that too and wasn’t happy about this tagging but we all seemed to know it had to be done.

I looked back over my shoulder again at the MIB guys, they were still watching us and making sure we weren’t going to try any drastic methods of removals or ways that would actually work.  I returned my attention mostly back to the fountain spout and pressed the button.  A very powerful stream of water arced up in a high “C” shape and back down again almost getting both my parents wet.  I said, “Geeze! Who designs these to do that.”  I lessened the amount of pressure on the button and the water flow went down to a reasonable amount.  I place my hand in the water stream for a few seconds.  I noted again the MIBs still watching us and spotted their “TV” style wrist watches, likely communication devices.  They were looking at us like, ‘Look how silly they are being about this.’

I then decided to take a drink of water.  The first sip was very bad and bitter tasting.  I spit it out thinking it was just the fountain clearing itself of old water in metal pipes.  I tried again and got a mouthful . . . it was DISGUSTING!!! It tasted like bitter metal.  (This was a memory re-access point I had set that I had just reached in my Waking 3D Life.  Our longtime bottled water company “Deep Rock” had decided to change their water sealing system and the flavor of the water tasted just as bad as the water in these fountains. We terminated our water contract with them.) Mom responded, “Yeah, I know, the drinking water isn’t very good; it’s why I didn’t even try to have any.”  I was now spit-drooling the water out through my tightly clenched teeth like I was a boxer that had just been punched in the gut.

It was time to move forward again, we couldn’t afford to waste any more time here.  We began to walk briskly towards the far end of the meadow-field.  I observed in the distance what felt to be a traditional five to ten-foot drop to the sandy beach.  It also reminded me of Lake Taupo in New Zealand and how it also had this same cold ocean vibe when I was there in the more winter months in W3DL and I also thought of Ireland with all the green grasses.  We continued walking, hoping the MIB guys would get bored and stop watching us.  We knew the ocean edge was an illusion.  We continued now without looking back because watching us or not, we were going . . .  we reached the ocean’s grassy-sandy-dune edge, which was actually the portal curtain . . . and stepped through it. . .